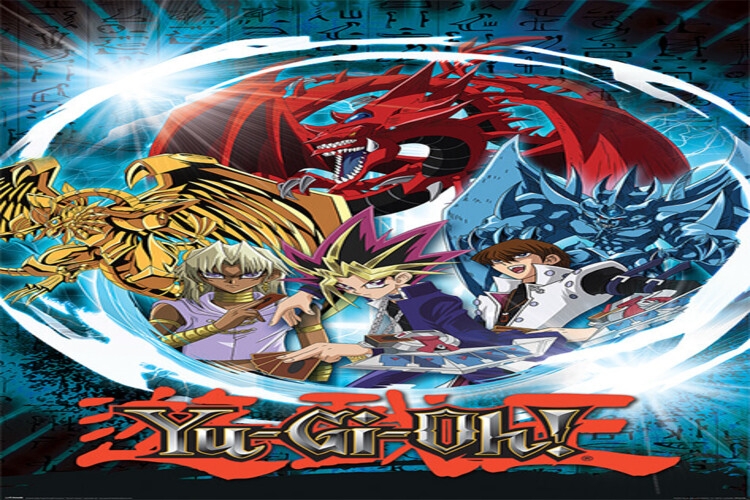 The Yu-Gi-Oh! Trading Card Game is a Japanese collectible card game developed and published by Konami. It is based on the fictional game of Duel Monsters created by manga artist Kazuki Takahashi, which appears in portions of the manga franchise Yu-Gi-Oh! (under the name of "Magic and Wizards"), and is the central plot device throughout its various anime adaptations and spinoff series.

The trading card game was launched by Konami in 1999 in Japan and March 2002 in North America. It was named the top-selling trading card game in the world by Guinness World Records on July 7, 2009, having sold over 22 billion cards worldwide. As of March 31, 2011, Konami Digital Entertainment Co., Ltd. Japan sold 25.2 billion cards globally since 1999. As of January 2021, the game is estimated to have sold about 35 billion cards worldwide and grossed over ¥1 trillion ($9.64 billion). Yu-Gi-Oh! Speed Duel, a faster and simplified version of the game, was launched worldwide in January 2019. Another faster-paced variation, Yu-Gi-Oh! Rush Duel launched in Japan in April 2020.

In the trading card game, players draw cards from their respective decks and take turns playing cards onto "the field". Each player uses a deck containing forty to sixty cards and an optional "Extra Deck" of up to fifteen cards.

There is also an optional fifteen-card side deck, which allows players to swap cards from their main deck and/or extra deck between games. Players are restricted to three of each card per deck and must follow the Forbidden/Limited card list, which restricts selected cards by Konami to be limited to two, one, or zero.

Each player starts with 8,000 "Life Points", with the main aim of the game to use monster attacks and spells to reduce the opponent's Life Points.

- The game ends upon reaching one of the following conditions:

• A player loses if they are required to draw a card, but has no more cards to draw in the Main Deck.

• Certain cards have special conditions which trigger an automatic win or loss when its conditions are met (e.g. having all five cards of Exodia the Forbidden One in the hand or all five letters of the Destiny Board on the field).

• A player can forfeit at any time.